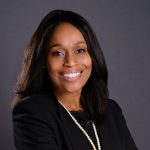 Dr. Aaliyah Samuel, a Fellow at the Center on the Developing Child at Harvard, is the Executive Vice President of Government Affairs & Partnerships at NWEA. Aaliyah is a bilingual executive leader with expertise from early childhood through higher education. Her experience includes program evaluation and evidence-based programs; data collection and disaggregation; family and community engagement support strategies; and policy development and implementation at the local, state, and national level. Aaliyah has informed state policy agendas, assisted with developing cross systems approaches to develop policy solutions to support children and families and leading systems-level change. In her current role at NWEA, she leads a team working on driving a state and federal education agenda. Prior to NWEA, Dr. Samuel was the Director of Education at the National Governors Association (NGA). While at NGA, Aaliyah’s work included business development, strategic planning, and supporting high-ranking state officials on the development of policies that impacted health, education, and workforce. Aaliyah has worked with diverse constituents, philanthropies, and national partners. Aaliyah holds an undergraduate degree from Tuskegee University, a Masters from University of South Florida, and a Specialist and Doctorate Degree from NOVA Southeastern. 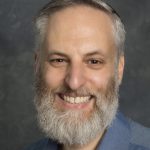 Meir Muller has earned rabbinical ordination as well as a doctorate in the area of early childhood education. Dr. Muller serves as an assistant professor in the College of Education at the University of South Carolina. His research interests include cultural relevant pedagogy, anti-racist pedagogy, constructivist theory, and Jewish early childhood education. In 2016, Dr. Muller was awarded the Early Childhood Teacher Educator Award by National Association for Early Childhood Teacher Education. Recently Dr. Muller has served as lead author of South Carolina’s early childhood state standards and is part of a team of educators developing curricula that prepare European teachers to address bias, prejudice and anti-Semitism. Dr. Muller is in his 28th year as head of the Cutler Jewish Day School, a NAEYC accredited school for children birth through the fifth grade. 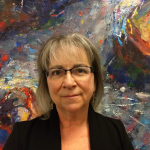 Dr. Mary Earick is an Associate Research Professor at Plymouth State University.  Dr. Earick’s scholarship, teaching, and service have focused on activist pedagogies and critical studies of Whiteness to support culturally sustaining learners, leaders and activists. She currently directs Plymouth State University’s Holmes Center for School Partnership and Educator Preparation where she has developed a Problems of Practice Professional Development School model of teacher preparation.  Dr. Earick is the author of two books: (1) Multiage Competency-based Education: No Grades, No Grades (forthcoming) (2)  Racially Equitable Teaching: Beyond the Whiteness of Professional Development for Early Childhood Educators. She holds degrees in Early Childhood Education, Urban Elementary Education and a Ph.D. in Language Literacy and Socio-Cultural Studies.  Dr. Earick’s current research focuses on undergraduate retention in the geosciences (NSF), root causes of educational inequities (Nellie Mae) and the role of in-group messaging in student school success (PSU). Prior to becoming a professor, she was public-school teacher for 16 years where her teaching was featured in the documentary and book, Starting Small: Teaching Tolerance in the Early Years, produced by Teaching Tolerance, a project of the Southern Poverty Law Center. She has presented her work internationally in Hong Kong, Ireland, Mexico and Canada. 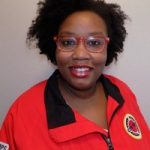 Emerald Anderson-Ford’s penchant for philanthropy and the nonprofit world began early in life. While growing up in Atlanta, she spent a number of weekends helping to feed the homeless population in the downtown area. When she attended Georgia Southern University, where she majored in Philosophy, Emerald really began to understand and connect with growing gaps in the education system and those stuck in the cycle of poverty. During the aftermath of Hurricane Katrina in New Orleans, Emerald took a year sabbatical from school and volunteered with various groups and clean up efforts to help restore normalcy to the area. It was in New Orleans that she was first introduced to national service and City Year. Once completing her undergraduate career, Emerald went on to serve two volunteer years with City Year New Hampshire, and to, later, serve as the Recruitment Manager for three years. It was at City Year New Hampshire that Emerald met her future husband. Emerald now serves as a Senior Diversity Recruitment and Admissions Manager. She is a small business owner, philanthropist, activist, mother, and wife and currently resides in Manchester, NH with her husband, Damond, and their two young daughters, Cleo and Reed. 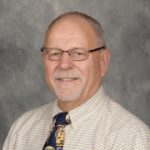 Ken Darsney is the Principal at Franklin Middle School, a grades 4-8 school of 360 students in Franklin NH. In his second year there, the school is in the process if transforming into 2 Academies, each split into grades 4-6 Middle and grades 7-8 High School Prep “Schools,” much the same way as universities have undergraduate, graduate, medicine, and law schools. The focus of these co-taught academies will be on individualization, with students taking ownership of the learning process, multi-age competency based instruction using learning progressions, and looping, where students remain in the same Academy with the same teachers for their entire Middle School career. Ken is in his 22nd year in education with the past 12 years serving as school administrator throughout NH. In addition to his work in Franklin, Ken has served for 16 years on the Board of NH Excellence in Education (The EDies) as past Treasurer and Chair and currently directs the K-8 School of Excellence Selection Committee. He has recently joined the Holmes Center as a Chair of the PPPDS Advisory. Ken holds a BA from Boston College with M.Ed. and GAGS degrees from PSU. 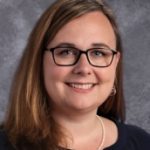 Danielle Harvey began her work in education in Colchester and Burlington, Vermont while earning her degree at Saint Michael’s College. Daniella has worked in private and public schools in Vermont and New Hampshire. While Daniella was a fifth grade teacher, she completed her masters in reading and math. After those three years, Danielle spent the next five years coaching teachers in her district on math instruction, using data to change instruction and integrating technology to increase student achievement. While coaching, she also went back to school to work on her Certificate of Advanced Graduate Studies in Educational Leadership through Plymouth State University. She is now the Dean of Instruction and handles all the principal responsibility for students K-12 in Pittsfield. Daniella  has supported teachers in the development, instruction and assessment of competencies in a student centered learning environment. 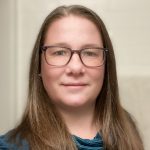 Katherine Foecking began her work with youth through work at residential camps in Connecticut, New York, and Germany. After graduating from Dickinson College in 1999, she taught English in Germany to youth and adults. Upon returning to the states in 2002 she and her husband worked as educators at Hampshire Country School in Rindge, NH. Kat earned her teaching certification through Keene State College in Keene, NH in 2006 and in 2009 she began working for the Contoocook Valley School District. Over the last ten years, she has worked as a paraeducator, Teacher (grades 1, 4, & 8), a middle school writing coach and a principal. During this time, Kat has earned her M.Ed. from New England College and her Principal Certification from Keene State College. She is currently pursuing her Ed.D in Curriculum, Teaching, Learning, and Leadership from Northeastern University. Kat is currently the principal at Francestown Elementary School, a pilot school for multiage, competency-based education in the ConVal School District. She is an advocate for teacher and student autonomy in the learning process and believes in the power of saying yes. . 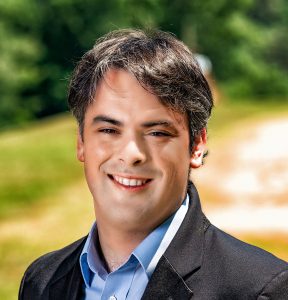 William Gunn is the director of music at Plymouth  Regional High School where he conducts the Concert Band, Jazz Ensemble, Concert Choir, Chamber Singers, and teaches a year long Guitar elective.  He is also the music director of the Pemigewasset Choral Society in Plymouth, NH and a teaching lecturer in music education at Plymouth State University. Mr. Gunn received his bachelor of music in music education from Ithaca College and his masters of music in conducting from Colorado State University.  Mr. Gunn has studied conducting with Wes Kenney, Dwight Bigler, Steve Peterson, and Eric Hammer. Mr. Gunn’s choirs have consistently received high ratings at local and regional festivals. In 2014, the PRHS Chamber Singers were chosen to be the featured choir at the All New England Choral Festival. In 2016, the PRHS Concert Choir premiered a new work in collaboration with the ALS Association of New England and raised over two thousand dollars for ALS research. The new composition included text by a local author and community member who lost the battle to ALS in 2015.  Mr. Gunn has also collaborated on new commissions with Dr. Jonathan Santore and Michael John Trotta. Mr. Gunn regularly guest conducts and adjudicates at local and regional festivals.  In 2018, he was a Conducting Scholar at the Delaware Choral Academy in Aix en Provence, France.