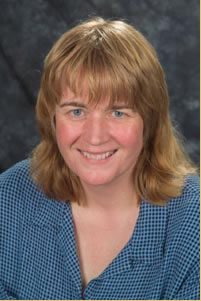 Artistic Director and Co-Producer of ETC, Trish Lindberg, professor in the Educational Leadership, Learning and Curriculum Graduate Department and coordinator of the MEd in Integrated Arts Program at PSU and CAGS , is co-founder, with Professor of Music Dan Perkins, of the award-winning Educational Theatre Collaborative (ETC), a partnership among PSU, Plymouth Elementary School, and Friends of the Arts. Lindberg is also Founder and Artistic Director of the award-winning Kearsarge Arts Theatre (KAT), a summer arts organization that was based in New London, NH that celebrated its 30th anniversary and final season in 2012.

In 2003, she co-founded, with Gail Mears and Gary Goodnough, Theatre Integrating Guidance, Education, and Responsibility (TIGER), a professional theatre company celebrating its fifteenth season this year. TIGER has performed for more than 450,000 children throughout New England with its original musical productions on social issues faced by children in our schools today. In the fall of 2012, TIGER produced an original television pilot on bullying with NHPTV, winning a regional Emmy for the best produced Children’s/Youth program, a bronze Telly, and a first place for best feature given by the NH Broadcasters Association. From 2015 to the present, TIGER has performed “Alex’s Story,” an original story about NH teen Alex Berry who was in recovery from heroin addiction, with CADY (Communities for Alcohol and Drug-Free Youth) in high schools around the state. In December 2015, at the invitation of NH Senator Jeanie Forrester, TIGER actress Teghan Kelly performed “Alex’s Story” for the NH State Legislature, and received two standing ovations.

Lindberg’s work has been recognized by the New Hampshire State Council on the Arts, which presented her with the 1999 Governor’s Arts and Education Award. In 2002, she won the prestigious NETC Moss Hart Trophy for Best Overall Production for her international original work, A You and Me World. In 2003, she received the Youth Theatre Director of the Year Award from the American Alliance for Theatre and Education (AATE). She was also named PSU distinguished teacher of 2003 and one of New Hampshire’s Most Remarkable Women by New Hampshire Magazine. In 2004, the Carnegie Foundation for the Advancement of Teaching and the Council for Advancement and Support of Education named Lindberg the New Hampshire Professor of the Year. She was selected from among 400 top professors in

the United States. In 2007, Lindberg was presented with the Excellence in Children’s Theatre Award at the New Hampshire Theatre Awards and the New Hampshire Excellence in Education (EDies) Award from the New Hampshire Department of Education. ETC was honored by the New England Theatre Conference with a Moss Hart Honorable Mention Award for their original musical The Wild Swans and KAT received the 2013 Lake Sunapee Regional Chamber of Commerce Business of the Year Award. Most recently, in addition to the Emmy and other awards for TIGER, ETC was announced as the 2012-2013 winner of the New England Theatre Conference (NETC) Moss Hart Trophy for Best Overall Production for their original musical “Marking the Moment.” In 2015, the New Hampshire Humanities Council named Trish one of the “40 over 40” New Hampshire citizens who over the past 40 years have demonstrated what it means to create, teach, lead, assist, and encourage human understanding.

Lindberg has directed more than 100 productions for family audiences, including many original productions as well as touring performances in Ireland, England, South Africa, Lithuania, China and New Zealand. Her original short play, Bystander Blues which has been performed by many high schools across the country and her adaptation of Pollyanna with music by Will Ögmundson, which premiered at ETC in 2008, were both published by Dramatic Publishing Inc.

In 2014, Trish founded the St. Martins’ Summer Theatre in St. Martins, New Brunswick, Canada, which celebrated its fourth season this past July. In 2016, Trish was fortunate to have the opportunity to direct an international cast of Chinese and American actors in a production of Godspell in Shanghai, China. She considers herself very fortunate to have had many wonderful opportunities to work with young people and community members around the world, and to mentor and teach graduate students at Plymouth State University.