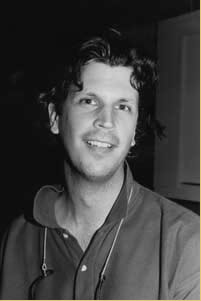 has brought his commitment and talent to ETC for over a decade. As Co-Producer, Robb coordinates the Children’s Arts Festival, Integrated Arts Conference, and an enormous exhibit of artwork by regional school children.

He holds a Masters in Integrated Arts from Plymouth State University and a B.A. from the University of New Hampshire in Theatre and Education. While at UNH, he was nominated for the prestigious Irene Ryan Award. He is founder and artistic director of Jazz is a Rainbow, which introduces the jazz songbook to urban youth. His master classes in Auditioning Technique and Musical Theatre have been offered at PSU and The Providence Performing Arts Center. His annual readings of Charles Dickens’ A Christmas Carol have been held throughout New England for over 25 years. Robb serves as artistic director for international vocalists Lynne Jackson & Michael Palter, among others, and has directed prominent singers such as Dane Vannatter, D’Anna Fortunato, and Paul Broadnax. Having toured his one-man portrayal of Abraham Lincoln for 20 years, he undertook a one-month re-enactment of Lincoln’s 1860 visits to Rhode Island in 2000.

As a rare book dealer and bibliophile, Robb tours exhibits, drawn from his personal collections, on African American male writers and Paul Robeson, the famed singer and activist. A native of Hanover, NH, he resides in Providence, RI where he is a professional actor, director, and writer.