There are always questions regarding absences from rehearsal, missed costume fittings, etc. These policies apply to all cast and crew members of any production by Plymouth State Theatre. These policies are established to provide fairness to all involved, to foster a professional atmosphere and to create a positive learning environment.

Unexcused absences, chronic lateness, missed costume fittings, seriously unprofessional behavior, etc. will jeopardize a student’s status in a production. There is a basic “three strikes and you’re out” policy, which means any combination of three of the above infractions. Once three strikes are reached, a student will be replaced in the production, and will not be eligible as cast or crew in the following semester’s shows.

Other types of unprofessional behavior, which will lead to automatic dismissal from the production, include use or possession of controlled substances in accordance with the rules of the University. 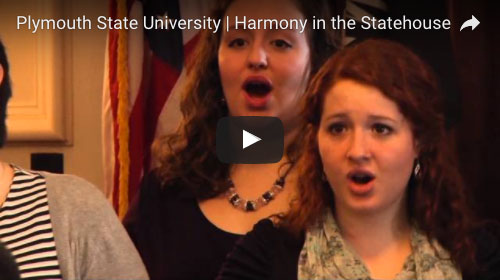 Harmony in the Statehouse