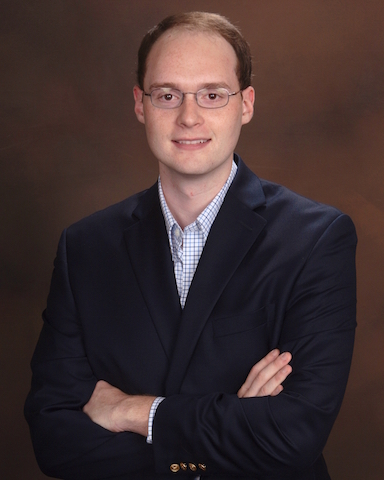 Congratulations to Sean Madden (Class of 2014) for his recent publication in The Undergraduate Journal of Psychology at Berkeley, entitled “Depersonalization/ Derealization Disorder: A Neglected Disease in Psychiatry” (click here for article)

When Sean was a student at PSU, he thought about topics in psychology that interested him and explored those topics for course credit. He completed three independent studies at the university, two of which looked at psychological disorders (i.e., depersonalization/ disorder and borderline personality disorder) and one of which looked at the effects of meditation on physical and psychological illness. His independent study project on depersonalization/ derealization disorder led to a publication in the Undergraduate Journal of Psychology at Berkeley, and his two other manuscripts are being prepared for publication. Sean made the most of his time at Plymouth and took advantage of opportunities that are available to every psychology major in the Department of Psychology. Sean is now at Teachers College, Columbia University, where he is working on his master’s degree in neuroscience. After Teachers College, Sean plans to earn a PhD and have a career in college teaching, research, and writing. 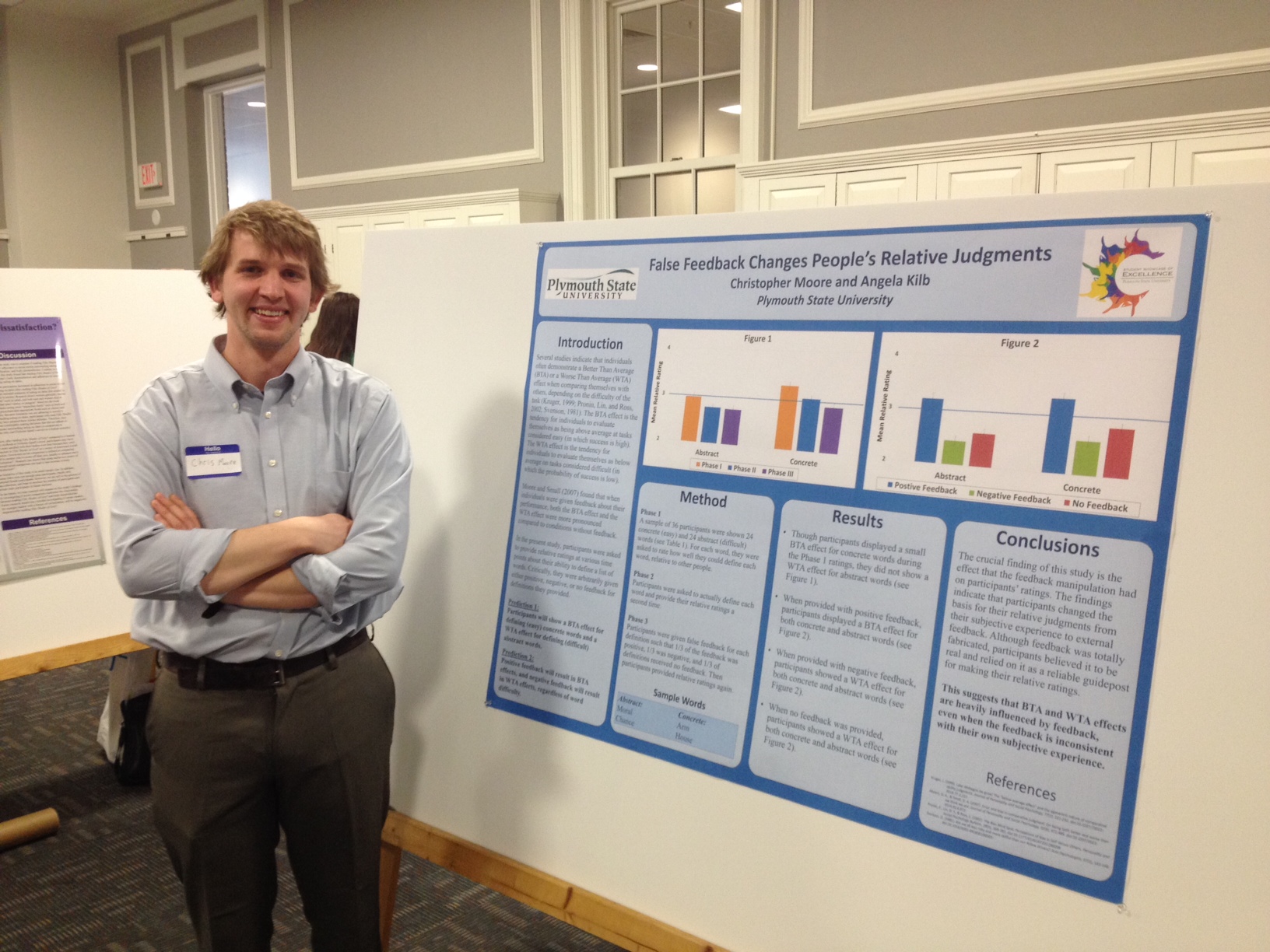 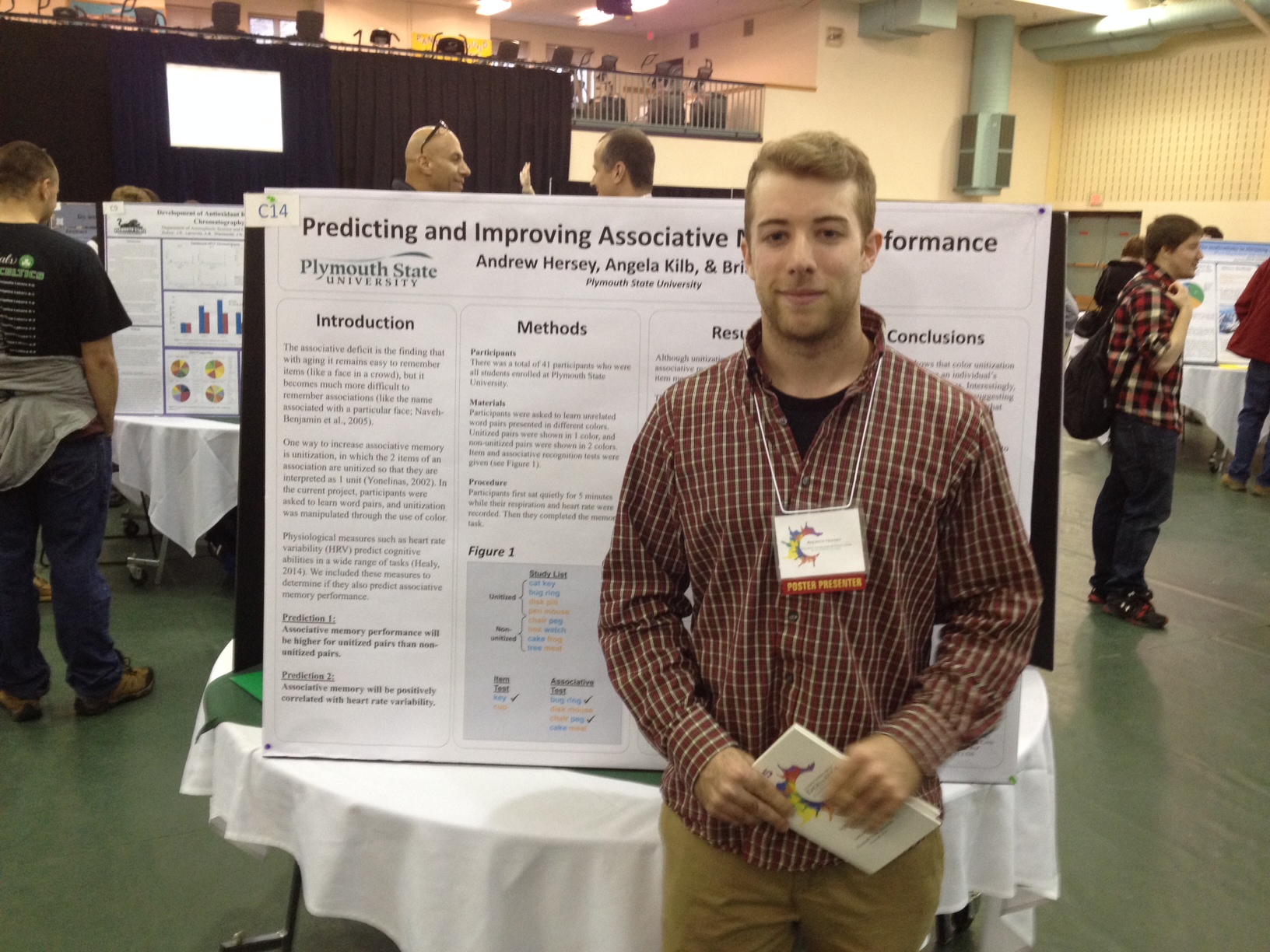 Congratulations to Andrew Hersey (Class of 2015) for winning Third Place in the poster competition at the New Hampshire Psychological Association Student Convention for his poster entitled, “Predicting and Improving Associative Memory Performance.”