Our governance system was established to prevent abuse of power, but checks and balances come from many sectors of society both within and outside of the government, within the US and beyond. How does it work? What happens when it fails? What roles do advocacy and activism play? This year’s Sidore lectures will answer these questions in relation to civic education, law, politics, science, and the media. 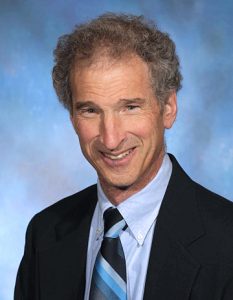 The United States Constitution ordained a system of checks and balances within the federal government, but how they would work in practice remained to be seen. Andrew Jackson’s presidency presented the first great test of executive authority, as he stretched his powers in every direction, and came into conflict with the courts, Congress, and even his own Cabinet. In the end, Jackson redefined the nature and limits of presidential power for generations to come.

Daniel Feller is professor of history, distinguished professor in the humanities, and editor and director of The Papers of Andrew Jackson at the University of Tennessee. His books include The Public Lands in Jacksonian Politics and The Jacksonian Promise. Feller has appeared on several popular television broadcasts and was the lead scholar on “Andrew Jackson: Good, Evil, and the Presidency” for PBS.

Saturday, October 7, 2018 at 7 p.m.
A Conversation with Sacha Pfeiffer 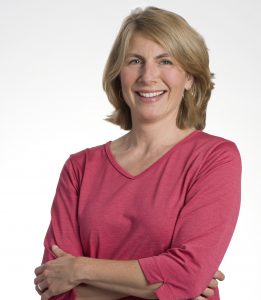 Journalist Sacha Pfeiffer was a member of the Boston Globe Spotlight Team that won the 2003 Pulitzer Prize for Public Service for its stories on the Catholic Church’s cover-up of clergy sex abuse. That reporting is the subject of the 2015 movie Spotlight, in which Pfeiffer is played by actress Rachel McAdams. In more than a decade at the Globe, Pfeiffer has produced numerous

investigative series, has been the host of All Things Considered and Radio Boston at WBUR, Boston’s NPR station, where she won a national 2012 Edward R. Murrow Award for broadcast reporting, and a guest host of NPR’s On Point and Here & Now.

Irwin Redlener will review the most challenging issues facing children today, including access to health care and availability of a quality education for children living in poverty. He will also address the strategies likely to prove effective in eliminating barriers to essential services and how each of us can make a difference.

Dr. Irwin Redlener (professor of health policy & management at Columbia University) is co-founder of the Children’s Health Fund, a philanthropic initiative that he created with singer/song-writer Paul Simon and Karen Redlener to develop health care programs in 25 of the nation’s most medically underserved urban and rural communities. Redlener is also founder and director of the National Center for Disaster Preparedness at Columbia University, which focuses on the vulnerability of children during and after large-scale disasters. His latest book, The Future of Us: What the Dreams of Children Mean for 21st Century America (Columbia University Press) will be released in September 2017.

Online platforms today are being used in deplorably diverse ways: recruiting and radicalizing terrorists, buying and selling illegal weapons and underage prostitutes, cyberbullying and cyberstalking, revenge porn, theft of personal and financial data, propagating fake and hateful news, and much more. Technology companies have been and continue to be frustratingly slow in responding to these very real threats with very real consequences. Dr. Farid advocates for the development and deployment of new technologies that allow for the free flow of ideas while reigning in abuses. As a case study, he will describe one such technology—photoDNA—that is currently being used in the global fight against child exploitation. He will also describe the technological, legal, and policy obstacles that we faced prior to deployment and how lessons from this work can inform future efforts. Dr. Farid will also describe ongoing efforts in countering extremism on-line. 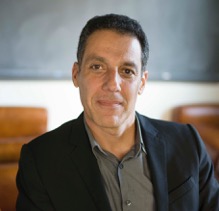 Dr. Hany Farid is the Albert Bradley 1915 Third Century Professor and Chair of Computer Science at Dartmouth. His research focuses on digital forensics, image analysis, and human perception. He received his undergraduate degree in Computer Science and Applied Mathematics from the University of Rochester in 1989, his M.S. in Computer Science from SUNY Albany, and his Ph.D. in Computer Science from the University of Pennsylvania in 1997. Following a two-year post-doctoral fellowship in Brain and Cognitive Sciences at MIT, Dr. Farid joined the faculty at Dartmouth in 1999. He is recipient of a Alfred P. Sloan Fellowship, a John Simon Guggenheim Fellowship, and is a fellow of the National Academy of Inventors. Dr. Farid is also the Chief Technology Officer and co-founder of Fourandsix Technologies and a Senior Adviser to the Counter Extremism Project.

Tuesday, April 17, 2018 at 7 p.m.
Does Science Bring Balance to Environmental Policy? A View from the Inside

The environmental problems of our day require the collaboration of scientists from all around the world in many different types of organizations (academia, government, and non-governmental) with multiple disciplines who can translate their science for non-scientists. One example has been in the efforts to control the global pollutant, mercury, through the recent ratification of the Minamata Convention. This case example will be discussed in the context of science informing policy and how it pertains to other environmental issues. 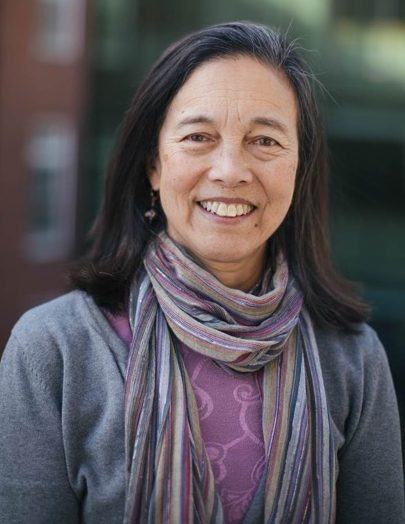 Dr. Celia Chen, Research Professor of Biological Sciences at Dartmouth College, is an aquatic ecologist and the Research Translation Core Leader of the Dartmouth Toxic Metals Superfund Research Program. She has worked at the intersection of science and policy in Washington, DC as a Congressional Fellow and as a Staff Officer at the National Academy of Sciences. She has also served on US Environmental Protection Agency Science Advisory Board Committees, participated in a United Nations Environment Programme Policy Advisory Group, and has led several science-to-policy synthesis projects.