Climate change will affect multiple dimensions of our lives and is causing mass extinction. While the impacts will be felt by all, human challenges will be faced most by the youngest generations. How does climate information and disinformation affect needed lifestyle changes? What is technology’s role? What are the challenges and possibilities in the realm of education? How do politicians respond to challenges on longer time scales? What cultural media can be leveraged to effect needed change? What underlying aspects of the human psyche affect how people grapple with the issue? This year’s Sidore lectures will address these issues from local, national, and global perspectives.

All Sidore lectures are at the Silver Center for the Arts, in Smith Recital Hall. Lectures are free and open to the public, but reservations are recommended.
For reservations or to arrange special accommodations, call (603) 535-ARTS.

Social discourse is important for people to make sense of and develop solutions to social threats such as that posed by anthropogenic climate change. Yet, most Americans tend to avoid talking about climate change with people they know. This presentation discusses recent research on why people are hesitant to talk about climate change and how these barriers to discussion can be overcome. I will include an overview of findings from a national-scale, five-year effort to change societal discourse on climate change through improving climate change communication at informal science learning centers (such as aquariums and zoos), which are places where adults can remain engaged with scientific topics. 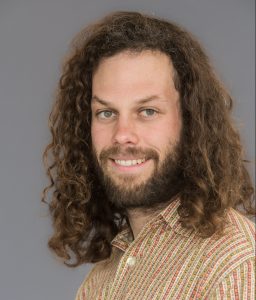 Dr. Nathaniel Geiger is an Assistant Professor of Environmental Communication at Indiana University in Bloomington, Indiana. He grew up in Austin, Texas, where the effects of global climate change have already begun to manifest themselves, with a record-setting 90 days of extreme summer heat over 100F and severe wildfires the last summer that he spent there. He got a B.A. in Psychology and a B.S in Biology from Texas Tech in 2010 and a PhD in Social Psychology from Penn State University in 2018. He joined the faculty of the Media School at Indiana University in the Fall of 2018.

Tuesday, October 16, 2018, 7 p.m.
Pedagogy and the “Point of No Return”:
The Difficult Knowledge of Climate Change

The realities of our changing climate press upon our capacity to internalize and actualize knowledge. Problems of imagination, political will, and civic action are exposed through the continued deferral of recognizing and confronting these realities. As we reach and surpass what climate scientists call the “point of no return”, climate change exposes a multitude of challenges for teaching and learning. In this talk, Jim Garrett explores the idea of difficult knowledge in relation to the challenges of learning about climate change and the ways in which those challenges impede our confronting an imminently precarious future. 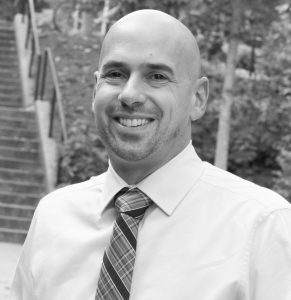 Dr. H. James Garrett received his PhD in Curriculum, Instruction, and Teacher Education from Michigan State University, and is currently associate professor of social studies education at the University of Georgia in Athens, GA.  His research is about the ways that learning situations, both in and out of classrooms, are complicated by dynamic emotional realities. Currently, he is studying the circulation of affect and emotion during classroom discussions of current socio/political issues such as gun violence, race, and immigration. His book, Learning to be in the World with Others: Difficult Knowledge & Social Studies Education, was published in 2017 by Peter Lang. 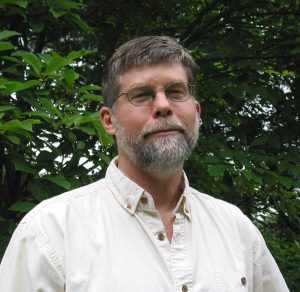 Dr. Nicholas L. Rodenhouse is professor emeritus of Wellesley College, Wellesley, MA, where he taught ecology and conservation biology from 1988 – 2017. His primary research focus is on how weather and climate affect forest songbirds; however, his research activities range more broadly than this.  He became interested in climate change in 1987 when doing a postdoc in sustainable agriculture at Miami University, Ohio and contributed to the first US EPA sponsored assessment of the potential effects of climate change on Midwestern agriculture. He has been conducting research on climate change since then, including work with the Union of Concerned Scientists on the New England Climate Impact Assessment. He re-joined the avian ecology research group at the Hubbard Brook Experimental Forest as a principal investigator in 1996 with a specific focus on the processes and drivers of population regulation. His research has been funded by the National Science Foundation, the U.S. Forest Service, and Wellesley College.

Warming temperatures, increasing precipitation, and decreasing snow cover impact New Hampshire’s diverse natural habitats and the species of wildlife that inhabit them. Changes in our northern forests affect distributions of birds and mammals, including iconic species such as moose, lynx, and loon. Warming ocean waters bring with them a shift from cold-water to warmer-water adapted marine life, with foreseeable changes in commercially important fisheries. Rising sea levels affect our coastal ecosystems, including birds that nest in sand dunes and salt marshes. This talk will consider some of these climate change impacts, features of ecosystems that are more resilient, and human actions that may facilitate species’ adaptations. 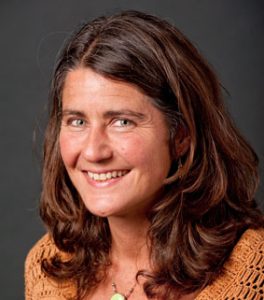 Dr. Adrienne Kovach grew up in the Midwest and obtained her B.S. in Biology from the University of Kansas. She received her PhD in Zoology from North Carolina State University, studying black bears in the Blue Ridge mountains. She’s been at the University of New Hampshire since 2001, researching New England wildlife, with a focus on species of conservation concern, including the state-endangered New England cottontail, tidal-marsh-nesting birds threatened by sea-level rise, and cod fish. She is a faculty member in the Wildlife and Conservation Biology program in the Department of Natural Resources.

Rising temperatures, lengthening growing seasons, increasing intensity of rainfall, shifting rainfall patterns, and increasing humidity are all part of the changing climate. Agriculture is dependent upon temperature patterns suited to a specific crop and a distribution of rainfall that allows the crop to grow without stress during the year. Variations in production for crops are directly related to temperature extremes during the pollination period and during reproductive development and the amount of precipitation during the reproductive period. When we evaluate yields gaps as the difference between what is attainable and actual yields, we have found that the changing climate patterns will significantly impact yields of agricultural crops beyond 2050. These climate impacts will be exaggerated by the fact that the ability of the soil to capture and hold water is decreasing as we continue to degrade our soils. To build climate resilient agricultural systems will require that we understand the dynamics among the climate, soils, and plants. This will require an innovative approach to this problem for all of our agricultural systems in the United States and the world. However, this is the path to food security and human wellbeing. 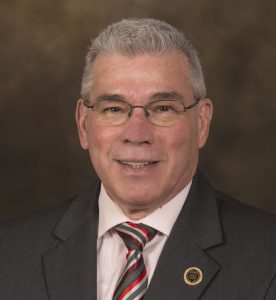 Jerry Hatfield received his PhD from Iowa State University in 1975 in the area of agricultural climatology and statistics and a MS in agronomy from the University of Kentucky in 1972. He was appointed laboratory director of the National Soil Tilth Laboratory in 1989 (renamed the Laboratory for Agriculture and the Environment in October 2009). Dr. Hatfield’s research emphasis is on the interactions among the components of the soil-plant-atmosphere continuum and their linkage to air, water, and soil quality. His focus has been on the evaluation of farming systems and their response to water and nitrogen interactions across soils, as well as the evaluation of remote sensing methods to quantify spatial variation within fields for application to risk management tools. Dr. Hatfield is the author of 448 refereed publications and the editor of 18 monographs. He served as the lead author on “The Effects of Climate Change on Agriculture, Land Resources, Water Resources, and Biodiversity” and a member of the IPCC process that received the 2007 Nobel Peace Prize. Additionally, he was contributing author on “Agriculture” for the State of the Knowledge Report, “Global Climate Change Impacts in the United States.” He is a fellow of the American Society of Agronomy, Crop Science Society of America, and Soil Science Society of America. He is also past-president of the American Society of Agronomy and member of the American Meteorological Society, American Geophysical Union and Soil and Water Conservation Society. He is the recipient of numerous awards including the 2011 Conservation Research Award from the Soil and Water Conservation Society, ARS Hall of Fame in 2014, and the Hugh Hammond Bennett award from the Soil and Water Conservation Society in 2016, and a Presidential Rank Award for Distinguished Service in 2017.

A showing of the 2016 Leonardo DiCaprio documentary film on climate change, Before the Flood, on the PSU campus will be held on Tuesday, April 9, 2019, at 7:00 pm in Room 144 of the Boyd Science Center. The showing is free and open to the public. Co-sponsors of this screening are the PSU Office of Environmental Sustainability and Common Ground, PSU’s environmental and social justice student organization.

From Academy Award-winning filmmaker Fisher Stevens and Academy Award-winning actor,
environmental activist, and U.N. Messenger of Peace, Leonardo DiCaprio, Before the Flood presents a
riveting account of the dramatic changes occurring around the world due to climate change, as well as the
actions we as individuals and as a society can take to prevent catastrophic disruption of life on our planet.
DiCaprio travels around the world to interview a number of world leaders and experts about climate
change, including former President Obama, former President Bill Clinton, former Secretary of State John
Kerry, former U.N. Secretary-General Ban Ki-moon, Pope Francis, and Elon Musk, as well as top NASA
researchers, forest conservationists, scientists, community leaders, and other environmental activists.

Rapid, localized shifts in energy sourcing produce social justice wins for some, and challenges for others. Join Laura Getts as she discusses how her time at P.S.U prepared her for a career in climate research and activism and how her work as a Young Leader in Climate Change for the National Park Service, and as Energy Coordinator for Pueblo County, Colorado addresses climate change challenges for both local and federal government entities. 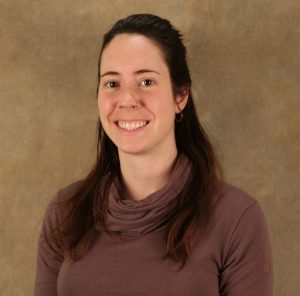 Laura Getts is a NH native who holds a BA in International Relations from the University of Edinburgh, and an MS in Environmental Science and Policy from Plymouth State University, where she also served as the University’s Sustainability Fellow. Over the past decade, Laura has worked as a ranger, a biologist, an environmental consultant, a GIS specialist, and a Young Leader in Climate Change Intern for the National Park Service. Laura currently serves as the Energy Coordinator for Pueblo County, Colorado, where she is supporting the community with its target of running on 100% renewable energy by 2035.

A showing of the Paris to Pittsburgh will be shown on April 24, 2019, at 6:30 pm in Hyde Hall Room 120 on the PSU campus. Paris to Pittsburgh is a 2018 documentary film about climate change. The film is narrated by Rachel Brosnahan, and produced by Bloomberg Philanthropies and RadicalMedia. From coastal cities to America’s heartland, Paris to Pittsburgh celebrates how Americans are demanding and developing real solutions in the face of climate change. And as the weather grows more deadly and destructive, they aren’t waiting on Washington to act.